During this first trimester at the English workshop time, we had to invent a story out of a picture. The pictures the children used to invent their stories were taken from a board game called Dixit. They had to use their imagination and they did it very well.

In this article, you will read their opinions about the activity and you can even watch a video with a little part of their story presentations. We hope you enjoy.

I like working  a story with friends because I learned from them. I would do our story shorter.(Alba Gualda)

I liked doing the story, working as a team and writing on the computer. (Aleix Tuset)

I liked inventing the story because we learned a lot of new words and it was fun working in groups. But I would like to have more time to create the stories because we didn’t have time to finish them in class. (Andrea González)

I liked watching my partners’ stories  because the ideas sound very original. I would change the powerpoint of my story because there was very few words. (Daniel Francisco)

I like creating the story, explaining it and working with my friends. (Daniel Segarra)

I liked inventing the story because I liked my group, but I would want our story to be longer and less tragic. (Diana González)

I liked writing the stories because all the class had to use their imagination. I would do the stories a bit longer. (Elia Gamero)

I liked the stories because we could invent all that we wanted with our imagination and I would do the story longer because it is better and more fun.  (Yuman Wang)

I liked doing the story because it was short but good. I would change the short story for a longer story. (Sergio Cervilla)

I liked representing the story, because I like doing it with my friends. I prefer short stories, because I understand them better. (Roger Carreté)

I liked writing stories, because I have a  good imagination. I would do the stories shorter. (Óscar González)

I liked writing a story because my two friends helped me. I would do all presentations with a power point presentation. (Marta Capdevila)

I liked inventing stories because I like to use the imagination. I would read instead of memorizing the dialogue. (Marta Capdevila)

I liked listening to the stories of the other groups. I would do the presentations shorter. (Leo Reyes)

I liked writing stories with my friends because it was fun. I would make groups of more than two/three people. (Júlia Terraza)

I liked doing the story because it was very funny. I would do the representation with more people. (Júlia Ricardo)

I liked creating the stories because I used my imagination and I learned new words. I would do our story shorter because it was 2 pages and difficult to represent. And I would also prepare the stories with more people like 5 or 6. (Judith Jiménez)

l liked our story because it was very funny. I would like to be the main character,  because in our story is the one with less to study. (Ian Rodríguez)

I would like do stories with my friends Oscar, Genis and Leo. (Héctor López)

I liked the stories because we were working in groups. (Genís Franco)

I liked to do the story with my friends Roger and Joaquin. I wouldn’t do groups of more than 3 people. I would change nothing because I liked writing a story in English. (Ferran Capdevila)

I liked explaining stories in English with my friend Genís. I would like to write a longer story. (Esteban Antiñolo)

My opinion on the stories is that all of them were quite well but some stories could be better. (Víctor López)

My opinion about the stories is very, very good because I like theatre and my friends were in my group: Eric Robert, Genis and me. (Pau Arizu)

I liked doing the stories with the cards because it was very good and fun. I would prefer making groups of more than two people. (Ona Daunis)

I liked writing a story with the cards. I didn’t like to represent the story. (Nil Romero)

I love this activity because we worked in groups of two people. It was a bit difficult to invent a story from card. (Nil Márquez)

My opinion about writing the stories is great. I liked our card but I would prefer to do it with more people to make it funnier. (Natalia Carrasco)

I liked inventing stories and working with the laptop. And loved the theatre! I didn’t like to finish the story at home, I would prefer to finish it in class. (Marina Molero)

These short stories were so good but I prefer doing groups of five or four because it would be funnier. (Júlia Garcia)

I don’t remember all the stories.

First, I want to tell you that I loved creating our story. The best thing was the good experience we had with Víctor and now we are good friends. I like doing the stories in small theatres and I discovered a lot of new words. But, I would prefer to invent our stories without the cards. (Guillem Olaya)

I liked listening to my partners stories. (Genís Talayero)

I liked the stories because they were good and funny. My partner was Denís and he is a good friend. (Eric Romero)

This activity was good, but a little difficult. (Eric Robert)

I liked inventing a story with a card, because I love writing stories. I liked to explain my story. (Deborah Zaldívar)

All the stories were very good and funny because each group invented a story. The thing I didn’t like was that some expositions were a bit long. (Claudia Cano)

The best thing was that we created a story from a picture. It was very funny because I like theater. The thing that I didn’t like is the number of people in the group I would prefer to be more people (4 or 5) because it would be more fun.

My opinion about the stories is good because it was very funny. And I like the new way of working at Taller d’angles class. The stories were very funny and creating them, too. I loved doing this activity! (Anae Villalba)

Stories were very, very good because I like theatre. We also explained the story to the little children and the experience was pleasant. I did not like acting in English, I’m not good at it. (Álex Rico)

My opinion about stories is good. (Álex Valcarce) 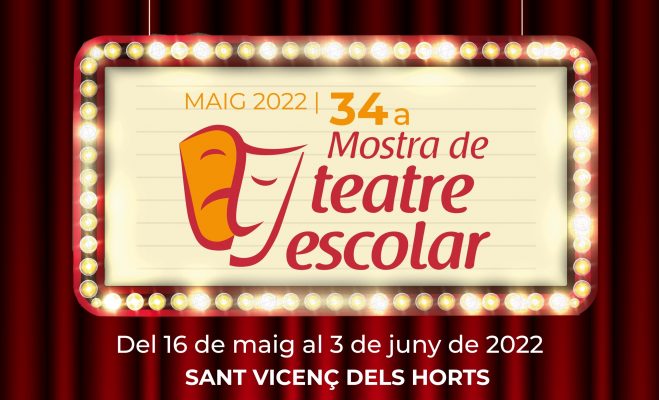 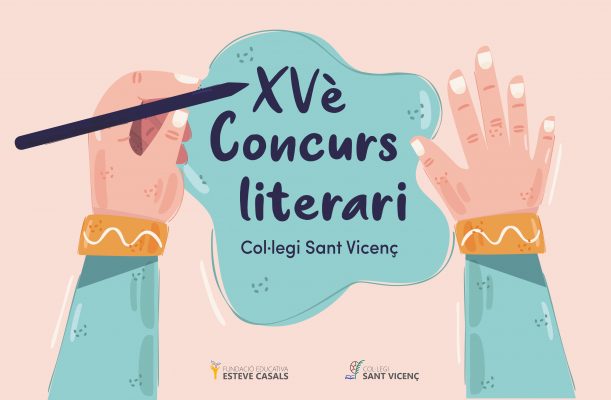 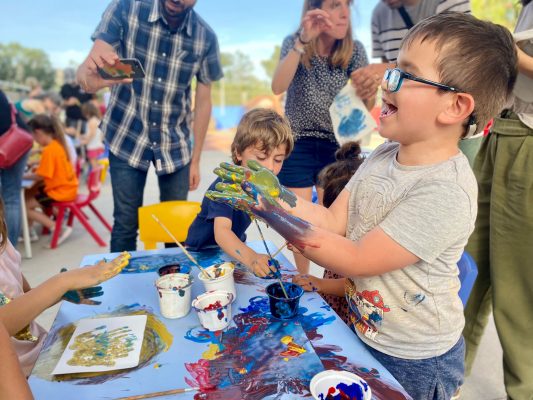 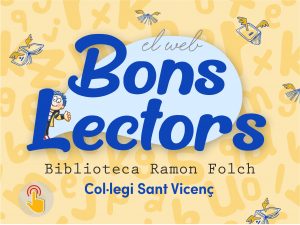